Junk Drawer is hosted by GitHub Pages and powered by the Jekyll engine.

So, what is the “Junk Drawer”? Good question. In my everyday life, no matter where I’m living or working, there’s always a drawer or desk space or shelf or shoe box where I throw flyers, books, notes, scribbles, and thoughts. It’s a catchall, and often times it gets quite cluttered.

This blog is dedicated to being a virtual representation of my junk drawers, holding musings and notes from my life. Primarily, I will try to write about programming, but I will frequently digress to other topics, such as math, language (reading, writing, or programming), music, or D&D.

To see my virtual Junk Drawer on GitHub, visit benknoble/JunkDrawer.

I’m D. Ben Knoble, an incoming TDP at CapitalOne. I just finished a Master’s in CS. I have also completed my undergraduate degree in CS and French, with a minor in Mathematics.

I rely on a healthy mix of self-taught experimentation and formal class training for anything I do, including programming. Being self-taught keeps me curious. My biggest personal interests in the computer science sphere are programming languages and programming tools. Outside of that, I’m an avid biker, clarinetist, martial artist, reader, and gamer.

I’m keeping track of my “developer level” via a set of challenges that span a broad array of programming, development, learning, and teaching categories.

For some of the projects I’m working on, check out benknoble@GitHub, or try my showcase. I’m also on the Stack Exchange network (primarly vim, though I still use StackOverflow as well as a few others). 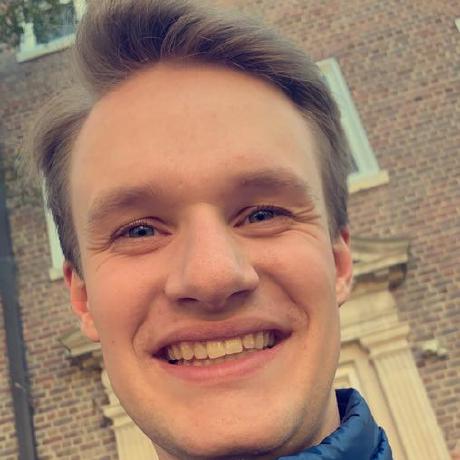 Check out my AWS certification.

Please contact me with questions, corrections, or to chat.

No, it’s not an IDE like Eclipse. It is a great way to manage projects and terminals. (Note: I don’t even use iTerm! Terminal.app is good enough with tmux, even if it doesn’t support truecolor yet. I have spent the last year or two in Alacritty, however.)

It’s the default; it’s what I learned; it’s just simple enough to be a really great shell (the core really is small). It does what I need and doesn’t get in my way. It’s easier to configure than zsh, and forces me not to rely on too many non-portable-isms. I do wish sh would get proper (associative) arrays.

I have switched to zsh for interactive use, but bash and sh are still my automation go-tos.

I’ve written enough SML to really enjoy it (see my entries for the 2019 Advent of Code, for example). Scala and Clojure are fun, but the JVM dependence makes it too heavy for me most of the time. I appreciate the true smallness of C, and have learned a lot from it. Haskell and Rust are next on my list. Then some new paradigms: maybe true logic programming or something. After that, something older and something esoteric.

(Languages I’m tired of? python and javascript make the top of the list. The former is everywhere, but it’s functional-language side isn’t on par with things like SML or Clojure. The latter is, well, broken, though Deno seems to be making progress.)

I’ve been using a macbook since 2012 and it’s here to stay. I’m not convinced on the new touchbar thing yet though.

I think some people prefer the mercurial (hg) interface, but I’m not sold. Git has outgrown its historical reputation for a complex interface, and is the de facto standard.